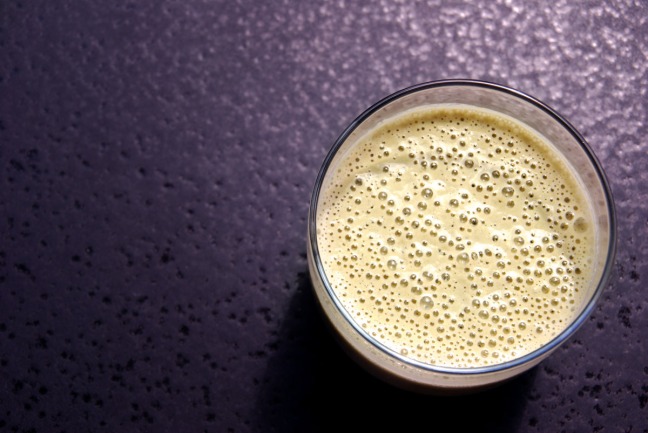 A green smoothie without greens, yeah :) Yup. I don’t love kale in smoothies. It’s okay, like sometimes but it never feels like a treat to me. Just a practical way to veggie up your day if you somehow forgot to integrate them in your normal meals. But anyway I wanted to do a green smoothie.

So again here I come with something matcha-y and again because I am always careful with the dose it didn’t turn out as green as it could, admittedly. But I can’t help it, superdominant matcha flavor isn’t my thing so I go easy on it. But if you are into that stuff, go hard and matcha powder your smoothie up into a Kermit-the-frog-green color :)

This one is a nice small pick me up smoothie for the afternoon or great for an after sports-drink. It wakes you up thanks to the matcha and the banana and cashews in it will fill you up without stuffing you. If you use a frozen banana it also feels like you would sip on a milk shake which gives it a quite indulgent vibe ;) But of course this is also breakfast material. All in all pretty versatile in its use. Though I would want to eat it for dinner I think ;)

It’s a smoothie. Place everything in a blender and blend until smooth. 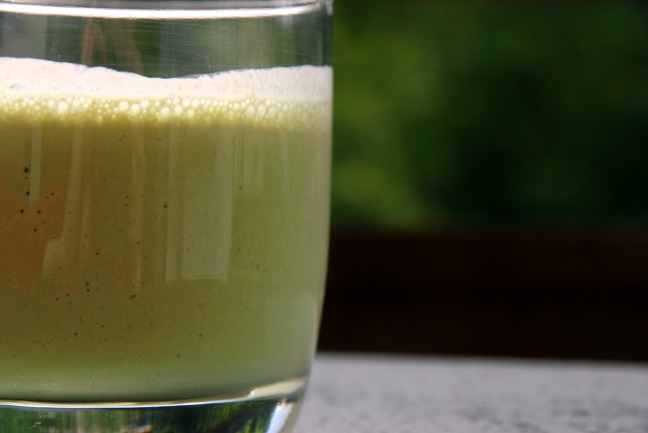 Last time I went to have some dinner I had a nice creamy risotto with herbs in it. It had a nice green color and a tasted like early summer. I totally loved it. That’s why I wanted to make it myself and I wanted to try a vegan version of it. But well, turns out the restaurant had a special fancy tool to turn the herbs into some very fine herb-powder. I clearly don’t have anything alike but I still wanted to make something alike. So my brother gave me the tip to use pesto instead. And this idea was worth gold – or should I say green? I worked perfectly fine and even added some more creaminess to the risotto. So hooray for my brother :) Sometimes he can be such a genius with those small things :)

As the pesto is the main ingredient her (next to the rise obviously), choosing a good one with pleasant taste is key here. You can basically use very pesto you like. Just make sure it isn’t a too dry one. I went for a parsley pesto and this was really nice. But if you prefer basil or arugula or nettle go for them. Or even some dried tomato pesto for a red risotto. Just make sure to use a vegan risotto if you want to keep the recipe vegan.

In a pot heat about 3 Tbsp. of olive oil. Add the chopped onions and sauté for about 2-3 minutes. Then add the rice and sauté together with the onions for another 2 minutes. Keep stirring while doing so.

You may not need all the vegetable broth. Just add as much as is needed for desired consistence. I used about 2 ½ Cup. Keep stirring the risotto time by time.

During this time smash the flesh of the avocado and chop the herbs.

When the rice is as soft as you want it to be, add the smashed avocado and stir into the risotto. This will give the risotto an extra creaminess.

Then add the herbs and the nutritional yeast and stir.

Serve with some more herbs. 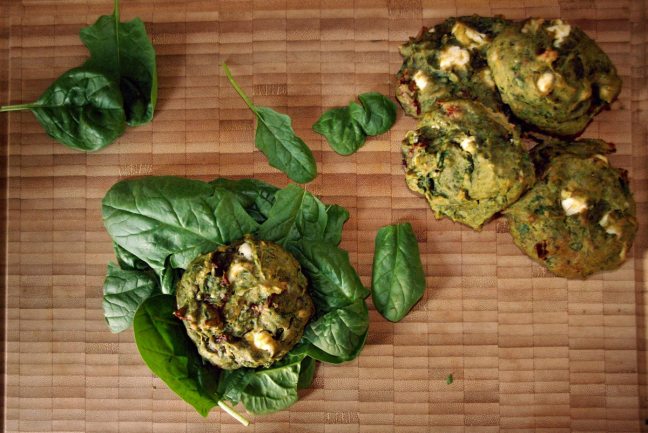 Do you know what alien-poop tastes like? I can proudly say I know. I figured it out. Wanna know? It tastes like spinach. 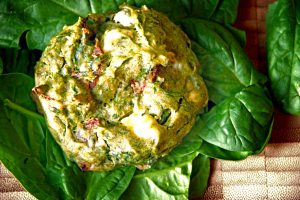 It all started with an innocent but big bag of spinach and me ignoring the wise words of my boyfriend “I don’t think we can eat that before it gets bad”. Nah. Sure we can. I’ll just throw them in some smoothies, it’ll be gone in a jiffy. So I thought. But who am I? Popeye? Well, turns out I am not and my taste buds have a limit to happily accept yet another green smoothie within a few days. Don’t get me wrong, I like a green smoothie once in a while, but now I know I don’t like them all the time. Meaning although I was able to reduce the amount of spinach, we still had some a lot.

So I kept thinking about what to do with that damn spinach. Freeze? Yeah could do that, my frozen kale, cauliflower, berries and bananas would love to find yet another buddy. Ok. Maybe not.

So the second round of thinking begun. Soup? No thank you, soup is for winter days. Or for never. Soup is not my favorite.

And the third attempt of thinking finally got me to a conclusion. You like biscuits. Just throw them in there, it’ll make for a nice color to :) Problem solved. Damn, I am such a smart cookie. Hooray for me.

Mep. Think again. My plan was going for my standard biscuit dough (I made quite a few biscuits before) and just adjust one thing or the other. And as I wanted them green one of my first substitutions obviously was the spinach. No need for buttermilk. Just puree the spinach and throw it in for a boost of vitamins and minerals. A winner, right?

And of course I went for whole grain flour and decided to add some dried tomatoes, feta and chives. Wohoo.

… Bohoo… Pureeing spinach isn’t that easy all on its own. And after all it’s not quite the same consistency as buttermilk. So I had to rethink again. And this is the final result: alien-poop :)

Although they might not be the prettiest or easiest to handle biscuits I have ever made, they are good if it come to taste – if you like spinach of course. My plan of rolling the dough out and then cut smaller rounds of it didn’t work and I had to shape it by hand into rounds. But that’s like being allowed to play with your food. Get messy with it. Or have your child, younger sibling, nephew whoever make it. It’s fun once you stop trying to make those biscuits pretty :)

So, here I am, posting a not so pretty recipe. But I promise when you like spinach, you’ll like them. And you will know, what alien-poop tastes like ;)

Just with these ingredients they are a little plain. So if you want to give them an extra twist add some grated orange zest or grated ginger for example :)

In a big bowl mix flours, baking powder, baking soda, a generous dash of salt and pepper (and other some ginger and orange peel if desired) and set aside.

In a mixer add the greek yoghurt, the egg, the flesh of the avocado. Pulse several times. Then blend until everything is mixed together thoroughly.

Now fold the spinach mixture into the flour mixture or stir with a wooden spoon until everything is evenly distributed. You should have a fairly green and sticky mixture.

If not done already, cut the feta and the dried tomatoes into small pieces and chop the chives. Fold into the dough.

With your hands (use some sterile gloves if you have) or with the help of a spoon put the dough into rounds on a baking sheet lined with parchment paper. This might make quite a mess as the dough is sticky. But it doesn’t have to look super even. When all the dough is used, take spoon and try to smooth out the little dough-poops a bit.

Take out of the oven and let cool slightly. Enjoy :)

I had mine with some salad and breaded goat’s cheese.

A little something on spinach…

Spinach is a low calorie food which makes it a good choice of you want to reduce caloric intake. It has a good amount of fiber and quite some protein for a vegetable, even with a good quality. It is high in potassium, magnesium and calcium and further mot contains some copper, manganese and zinc. And of course iron.

Present Vitamins are A, C and E (which is some sort of “beauty vitamin” as it protects the tissues of the skin etc.).

So all in all that sounds quite good. However spinach also contains some oxalic acids, which may bind some minerals, also calcium, and is even toxic. So it is not wise to overconsume it. Especially if you are having some issues with your kidneys. But eaten in moderate amounts it shouldn’t cause that much problems on a healthy body. I ate a lot these days and I’m still alive ;)